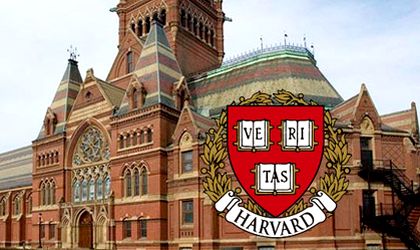 On February 9th I will give a conference at Harvard University on Jani Christou and 1968.

5:00 PM • Keynote Address from Dr. Brigid Cohen (NYU)
“Fluxus and the Haunting of Empires: Maciunas is Sounds and Silence”

In December 1968 Jani Christou premiered his collective performance Epicycle in Athens during a Modern Music Festival. This event poses an intriguing question: how was it possible to perform a work like Epicycle in a country that was under military rule? In April 1967 a military coup had imposed preventive censorship aiming to control the circulation of works that undermined the authoritarian regime. In this context, references to social conditions in Greece, controversial foreign developments (e. g. the Vietnam War), and social or cultural unrest in the West, were seen as “destructive” and “unhealthy”.

Epicycle challenged the aesthetic and ideological cornerstones of the military regime. It includes musical and para-musical events, while implicating the musicians and the audience in a collective, and uncontrolled, performance. The one-page score is a tableau-vivant that contains themes, images and debates deriving from the social and political atmosphere of 1968: football scenes—an allusion to the Greek Colonels’ mean of manipulating the people; the war in Vietnam through the image of the execution of a Viet Cong prisoner; armed forces greeted with resistance by protestors—a reference to the Soviet invasion of Czechoslovakia in 1968; a number of references to mass culture like James Bond films and Coca-Cola advertisement.

This paper highlights the messages conveyed through the composition and analyzes their sociopolitical dimension in connection with the turbulent setting in Greece in 1968. It discusses the reasons that spared Christou control, juxtaposes him to censored composers, and takes under consideration his target auditory, his social position and the evolution of the Colonels’ power. The graphic dimension of the score is studied in parallel with the implementation of various performance and improvisation techniques -e.g. the audience destroying newspapers- that integrate Christou’s “praxis-metapraxis” concept and question the possibility of the people to participate in history.